The Advantages of Utilizing a Standing Computer Workstation 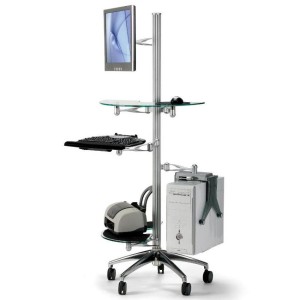 According to stories currently being distributed in the health science news category, there are many advantages associated with utilizing a standing computer workstation. Based on research from medical professionals such as doctors, professional physical therapy experts, scientists, and researchers, spending more of each of your days in the standing position could drastically reduce the risk of your suffering from obesity, cancer, diabetes, and cardiovascular disease. Throughout history, many who displayed eccentric characteristics, such as Charles Dickens and Ernest Hemingway, utilized a standing desk to complete their work; however, their desire to use such a device stemmed out of curiosity. Now that research has been conducted on the detrimental impact of sitting, more and more people are transitioning to standing work stations, especially the standing computer workstation. In this brief guide, you will learn the benefits of using these devices, according to the research presented in the latest health science news articles.

“Sitting is the New Smoking”

Research has followed many individuals to uncover the cumulative and detrimental impact associated with sitting all day, for several years. Based on the research, it was determined that individuals that engage in this act often suffer from a wide range of various health problems, compared to those who do not sit on a regular basis and do not experience the same health complications. The average individual that works in an office in the United States spends approximately 6 hours each day sitting at their desk. This type of lifestyle is often deemed “sedentary”, according to health science news. Sitting is considered to be the new standard or “norm”. Professionals are suggesting that standing be considered the new standard or “norm”. While this news proves to be devastating for millions of people, even worse is the news that the negative effects associated with sitting for long periods of time on a regular basis cannot be countered by brief periods of exercise and other types of physical activity. “Sitting is the new smoking”, according to many medical professionals that encourage the use of standing computer workstation units that have studied the detrimental effects of sitting on a person’s health.

Since health science news articles state that bouts of exercise will not reverse the detrimental effects of sitting, what is the resolution? It is to incorporate the activities of standing, pacing, and various other types of physical activity into the daily routine. One of the best ways to do this is to ensure that a standing computer workstation is utilized on a regular basis. Failure to incorporate this type of device into our daily routines and consistently moving into our daily routines could result in the development of obesity, reduced effectiveness associated with the regulation of glucose in the body, cardiovascular complications, and increased levels of the C-reactive protein in the body – which, leads to cancer. In addition to utilizing a standing computer workstation each day, individuals that are concerned about their health may also benefit from exercising on a regular basis, attending physical therapy sessions, and altering their diet.

If this is not an emergency and you would like to contact us to schedule an appointment or make a general inquiry: info@backtomotion.net

Print and fill out our NEW CLIENT WELCOME PACKET before coming to your first appointment. Thank you!
Call Now Button